skip to main | skip to sidebar

Nortel Networks in a statement today dismissed talks of a mega-merger but still left the doors open for further acquisitions. The telecoms equipment manufacturer has been plagued with fraud and financial irregularities but continues to do brisk business in the largest emerging market. Nortel also announced the completion of a 40 Gbps-ready (OC-768) optical network between Stockholm and Helsinki for RASCOM, a Russian international carrier. More
Posted by PacketMaster at 11:19 p.m. No comments: 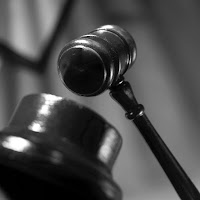 Canadian cellphone companies are heading to court in defence of a class-action lawsuit now certified by a Saskatchewan court. The suit, lodged by Montreal-based lawyer Tony Merchant, alleges that the carriers have misled Canadian subscribers into thinking that the access fee was a tax by the Canadian Radio-television and Telecommunications Commission (CRTC), when it was in fact and additional revenue stream for cellphone companies. More
Posted by PacketMaster at 8:46 p.m. No comments:

The European Aeronautical Defense System (EADS) which is largely responsible for intelligence gathering for Western Europeans declared late last week that it had developed a new encryption technology, Ectocrypt, that is "Hacker Proof". I am not sure if this real or is it just to taunt/test the Russians. EADS executives are very confident this new technology will deliver, however PLA hackers worldwide will be working hard to prove otherwise as they have done in recent weeks. More
Posted by PacketMaster at 9:00 p.m. 2 comments:

Tim Horton's became the latest retail chain in recent weeks to implement "contactless" Credit Cards by MasterCard. The debate is ongoing regarding the risks involved however the deployment of these RFID cards and terminals over the last couple years continues. The data on these devices should be largely encrypted and there has not been any report of large-scale fraud using these Cards. The RFID frontier is expanding at a rapid rate to include different forms of government ID (drivers licence, passport, etc.) and PacketMaster will continue to monitor this subject for security issues.
Posted by PacketMaster at 9:02 p.m. No comments:

Different suite of products have been developed over the last 5 years for protection against intrusive software and applets from the Internet. eSoft has been a consistent player in the sector for protection against malware and other threats with the ThreatWall 450 network filter. The reviews on this web appliance are rolling in and this product could be a good start for SMEs.
Posted by PacketMaster at 4:20 p.m. No comments:

The US FCC's plans to make available unused portions of the wireless spectrum assigned to media broadcast is facing protests. Broadcasters are trying to persuade the FCC not to allow wireless Internet services in the white spaces of TV spectrum. The group, named the White Space Coalition, comprising some of the biggest names in technology, including Microsoft Corporation, Google, Dell and Intel Corporation. The broadcasters are arguing that enabling portable wireless Internet services in the white spaces will interfere with signals and degrade TV service for consumers. The National Association of Broadcasters which includes Walt Disney's ABC division and Univision Communications Inc will start airing ads as a part of a campaign against this latest move by the high-tech coalition. More
Posted by PacketMaster at 9:28 p.m. No comments: